BLURPRINTS-Models and Instruction in an Age of Uncertainty

Since 2001 in Berlin the convergeance of the found collection of paraphanelia that spelt a city’s history through the life of one mans remnants strewn in a former DDR apartment and the twinning of collections from journies in and outside the city from the random collection of paintings and performances-the assemblage of collections found scattered around the flotsam of the shifting tide of Berlin under its reunification allowed for a collection to blossom from circus paraphanelia-Berlin and Moscow being the capitals of the big top’s entertainment to natural specimens discarded on the street from the former eastern Natural History Museum.The nucleus of this collection inspired the ever random spontanaiety of the growth of the museumMAN’s “permanent” collection,inspired in its formulation as a curiosity shop without specific bounds initiated in 2001 the project BLUEPRINT OF THE SENSES much of which is recorded in the ensuing years.Artists exhibiting in museumMAN have played a large part in its
formulation.The history of the museum has proved to direct an audience in an educational or more recently a thematic journey through the model of instruction guiding an audience through the realm of curatorial decision.Museum MANs construct and evolultion,being a lived in museum,is not a construct per se,but an assemblage where a participant can truly engage in an experience of selective and organic nature of choice.An opening of the gallery,the breaking down of already established form of the museum and gallery experience.

museumMANberlin—museumMANliverpool museumMAN is an open cabinet of curiosities spelling a history of two cities with an eclectic mix of art and artefact which has now manifested and transposed its dialogue of a lived in museum from Berlin to Liverpool. Artists have and continue to be invited both locally and internationally to participate in a dialogue within the space that is MAN.Spatial interventions within the gallery-an emptied panel of rough hewn planks in an attic room of a Georgian house in the citys Georgian quarter situated close to the city centre.museumMAN has hosted a menagerie of events,performance and exhibitions since being housed for The Liverpool Biennial Independants 2004,a continuation of its function in Berlin since 1997.

The space has been a temporal home for many artists and visitors alike.
Exhibitions and performances from live bands to levitating manholes
have manifested in the use of every room-the kitchen,the bedroom,the
toilet,the hall,the staircase,the studio-bed-living room,the bathroom
and the balcony.No space is or has been left vacated-except with the
artists intention.

In its new manifestation Museum MAN presents ANOTHER VACANT SPACE artists and curators exhibiting are Liverpool based,national and
international, Martha Wilson presents History of Disappearance Franklin
Furnace/MOMA,including new works by Susan Hiller, David
Medalla, Willoughby Sharp, Guy Brett, Norbert Bisky, Alexia Tala, SEO,Michelle Wren, Simon Bendi, Jill Rock, Marko and Liverpool based national and international artists,film makers and performance artists.
An exhibition LEBANON curated by Mai Ghoussoub and Souheil Sleiman
concentrates on the domestic and personal visions and accounts of war.
A comprehensive list will be made available of all participants and due to the organic nature of the project an archival catalogue will be available in November 2006. 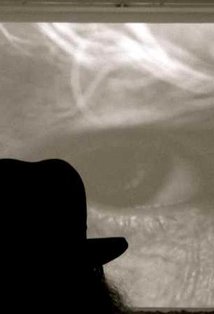