Check out the poster I designed for 'False Double', a short film by Paul Di Palma: 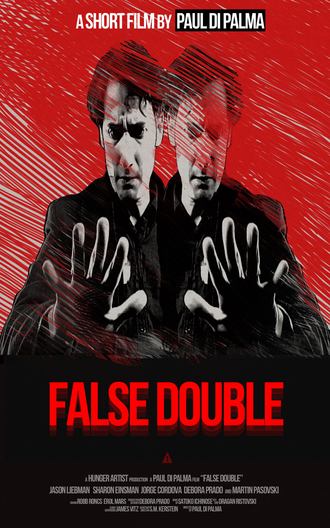 Motion Sickness, a feature film I worked on,  is screening at the The Los Angeles Fear and Fantasy Film Festival on Wednesday, May 16th at 11:30 AM.  Tickets are available through their website fearandfantasy.com.

If you haven't yet, check out some of my still photos. Let me know what you think in the comments.

ps: Click on the image to visit the album ;). 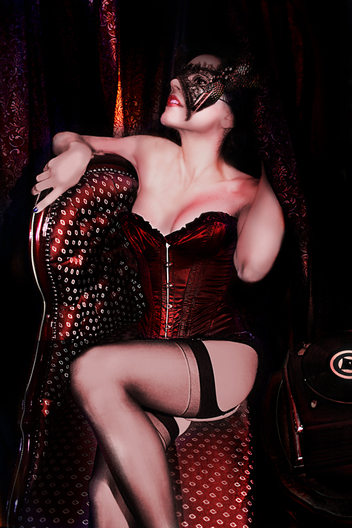 Screening at the Madrid Festival of Contemporary Audio-Visual Arts

I'll soon be starting pre-production on a short film. I'll be doing production design and still photography. The title of the film is False Double. As things start to come together I will keep you posted.

A guide to movie posters

"Janela" is screening at the Social Cinema Film Festival which occurs from October 24th to October 26th in Long Beach, NY. Click here for more info.

I'm very happy to let you know that I'm going to Hungary to attend the screening of "U is For Una Who Slipped Down a Drain" at the Media Wave Arts Festival. Click here for more info.

"Janela" will be part of the Open APPerture Film Festival which takes place at the Appalachian State University, Boone, NC from March 28th to March 29th. Click here for more info.

My short films "U is For Una Who Slipped Down A Drain" and "Janela" will be broadcast on TRANSFERA, Program Nº 13 "Videoart Techniques" Canal Autor in Spain.

For more info check out: http://www.deboraprado.com/broadcasts/3-transfera-program-no-13-videoart-techniques-canal-autor-2008

I'm writing to invite you to come see my video work at the George T. Potter Library at the Ramapo College of NJ. This Solo Exhibition is part of the award for Best Senior Show I received in May 2006.

There are 2 films on display. Both were part of the "Untitled" project showed at the senior show in 2006. They have been re-packaged as "Janela" and "U is for Una Who Slipped Down a Drain".

Since their premiere at Ramapo, both videos have participated in group shows and film festivals around the globe: Morroco, Spain, Italy, Serbia, Ireland, Mexico, Hungary (April 2008) and two directly related projects were shown in London, Liverpool and Berlin. There were also screenings in the NJ/NY area at the NJ State Film Festival at Cape May, Staten Island Film Festival and Queens International Film Festival.

Besides the variety of locations, there is no shortage of different screening formats this work has taken on, among others: TV broadcast on Feb 21st and Feb 23rd 2008 in Spain; open air screening with a public of 600 people in Ireland during the summer of 2007; multiple simultaneous monitors and screens at the Apple Store as part of a panel discussion/mini-workshop during the Staten Island Film Festival; video installation for an international review of video in Italy this winter, mobile and on demand broadband video via podcast reaching an average of 12,000 downloads a month.

Due to it's availability online It has been "appropriated" :) by students from different parts of the globe in their projects, mostly music videos and used by professors in classrooms specially in south america.

After almost 2 years since it's completion, I will no longer search for venues to show this work or actively promote it. If something comes along, I can send you a note if you are interested. In any case, I'll make it available in DVD for friends and family, just send me an e-mail if you want a copy. I'm very happy to share with you how far this project has traveled and that it has reached so many people.

Great thanks to the faculty and staff at Ramapo for their guidance and support. thanks!!! ps: more information check here: http://www.deboraprado.com/exhibitions/12-2008-janela-and-other-shorts

Shalom Gorowitz's students are having a small group show from December 7th to December 14th at the Photo Lounge to end this semester. My contribution are "Janela" and "The Hair Monster". Come check it out! Click here for more info.

"Janela" is showing in Italy! It is part of the group show "STORY TELLERS II RASSEGNA INT.LE DI VIDEO ARTE" at the Primo Piano Gallery in Lecce Italy. The show runs from December 1st, 2007-December 12th, 2007. More info check out this link: http://debprado.mixform.com/exhibitions/11-2007-story-tellers-ii-rassegna-int-le-di-video-arte

"Janela" is screening once more at the NJ State film festival. Unfortuatly this year I won't be able to attend the screening. More info here.

My short film "Janela" is screening on November 11th as part of the Queens International Film Festival. If you are in the new york area, come check it out :)!! More info here.

"Janela" and "Una" screen in Ireland!

Tow of my shortfilms, "Janela" and "U is for Una who Slipped Down a Drain" are screening at the 30th Galway Arts Festival: Enso-Darklight Open Air Experimental Cinema. The outdoors screening sounds really awesome. Thanks so much to Tom Flanagan for inviting me! Much more info on the festival, photos, dates, etc here.

"Janela", "Tea" and "U Is For Una Who Slipped Down A Drain" are screening in the 14th Festival Interational D'Art Video de Casablanca. Click here for more info.

"Tea" screens at the Xalapa Animation and Experimental Film Festival in Mexico!

During my trip to the London, I met Robert Robertson, from the Ocatillo Arts Group. He invited me and other artists from the Bienniale to submit their works to the Xalapa Animation and Experimental Film Festival in Mexico.

"Tea" is screening on November 2nd at 05:00 PM at the Centro Cultural el Agora, in the "Water and Light" shots block.

"Einstein's Eye", the video art piece I collaborated with Willoughby Sharp is being shown in the Museum MAN: Blueprints exhibition as part of the Independents Biennial in Liverpool. Group Show curated by Adam Nankervis.

More information:
Photos and more info about the Biennial on my website
http://debprado.mixform.com/exhibitions/4-2006-independents-biennial-liverpool-blueprints

Some of my photographs are being showed at the MuseumMan Nevada "Bonanza Ranch Red Canyon" and "Stratosphere Las Vegas" Editions.

Here you can learn more about the events, see photos of the works, etc:

My video art piece "Tea" is being shown at two events during the London Biennale. On Saturday September 9th at the Pumphouse Gallery and a screening at Sunday evening at the Great Northern Railway Tavern.

More information on both events:

"Einstein’s Eye", the video art piece I collaborated with Willoughby Sharp premiers on May 19th at Kunstpunkt gallery in Berlin. The group show showcases works by Wilhoughby Sharp, David Medala and Reinhart Buettner. I'm also in another one of Sharp's works which is premiering -- a short film named The Typesetter -- but only as an actress. For the past couple of weeks I've been in Berlin helping set up the show and enjoying the city.

Clicke here for pictures and more information about the group show.

Beating each other with pure wisdom. I just want to make it clear I'm not the author of this illustration. If you know the author, please write a comment and I'll add it here :)

This Female Character Flow Chart points out some of the cliches in how we currently tell our stories, not as straight forward as the The Bechdel Test, but a lot more fun.